Imagine finding out that a man you trusted had lied to you, stolen from you, and even murdered your best friend! The police catch the perpetrator, the court finds him guilty, and now, before issuing his sentence, the judge asks if he has anything to say for himself. This smooth-talking man replies to the judge, "Your honor, I admit I've done some bad things, but keep in mind, I've done a lot of good things, too. I helped [your name] and [your friend's name] quite a bit before those less pleasant things happened. And even you, your honor… I sent chocolates to your home as soon as I found out you were handling my case - I've heard you like chocolate! Plus, I visited that church you go to, your honor. And since you're the treasurer there, you must even know that I gave a rather generous offering recently! Your honor, I know you're a forgiving person, so I was thinking, don't you think my case would be a good one for you to just forgive and forget?"

Only a corrupt judge would forgive such a lawbreaker. In fact, the criminal's suggestion that he gave to the judge's church or did some other "good" thing for the judge would likely be taken as bribery and add to the criminal's punishment! Jesus warned that God, being very angry with sinners, will round up all lawbreakers and throw them into the "fiery furnace," where "there will be weeping and gnashing of teeth" (Matthew 13:41-42). If you are a lawbreaker before God, the Bible makes your destiny frightfully evident. 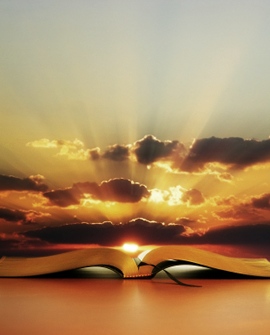 Does this concern you?

From what the Bible says and from personal experience, I know that some reading this will think it all nonsense; others will think I'm saying generally good stuff, but being too strong on the whole "breaking God's Law" thing; still others will accept that they are lawbreakers before God, yet go on believing they can do more "good" things and will sort it out on judgment day when they stand before God.

The Bible says there is only one way for a person to get this problem worked out with God. God, knowing we could not ever wipe away our guilt as sinners (lawbreakers of God's Law), came as a person, Jesus Christ. Although He lived a holy, sinless life, never breaking God's Law at all, He was punished for our sin. He was executed in a brutal, criminal's death that we deserved, being nailed to an ancient Roman cross of crucifixion — believed to be the most excruciatingly painful way to die that mankind has ever conceived.

The Bible prophetically described this hundreds of years before it happened in Isaiah 53:5:

"But he was wounded for our transgressions; he was crushed for our iniquities; upon him was the chastisement that brought us peace, and with his stripes we are healed."

To understand what Jesus did for you on that cross, imagine you are a rebellious son.  You lied to and stole from your father, murdered your mother, and then were caught and found guilty. The law now says you must be executed, and the people in the courtroom have little pity because you've been so bad. Yet imagine the father now approaches the bench. He discusses an ancient law that says an innocent man can die in another's place, and the guilty be set free. He declares that he will die in the place of his son, because of his love for him. The innocent father is willingly taken away to be executed, and the guilty son can now go free.

Crazy, isn't it? But it is the very kind of love that God has for you, one which led Him to sacrifice Himself to make it possible for you to be set free from the consequences of your sin - eternal punishment in hell. What then must you do to let Jesus Christ save you from your waiting punishment?